As traditionally celebrate the New Year in Egypt and how it is celebrated Russian? 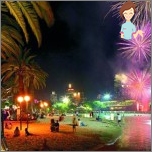 In fact, in Egypt New Year December 31 to celebrateIt is not accepted, but tourists still without a holiday do not stay! Best hotels decorate their restaurants and prepare gala dinners, entertainment programs, shows the stars, so that will not be bored!

As traditionally celebrate the New Year in Egypt?

New Year is the long-awaited holiday for allcountries, is the most anticipated event of the year, a national holiday in most countries. In Egypt, the New Year's Eve from December 31 to January 1 it is not a traditional celebration, but rather a way to make money, to follow the fashion, and the veneration of the Western tradition. But in spite of that on 1 January in Egypt declared the official start of the new year. This day is declared a national holiday and a universal holiday. 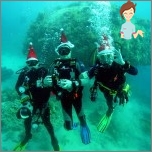 At the same time, there are folk customs and traditions,originating even from ancient times. Thus, the traditional New Year in this country is considered to be September 11th. This date is tied to the day of the flood the Nile after climbing the sacred to the local population of the star Sirius, and that this has contributed. This is a very important event for the Egyptians, because it is no secret that not less than 95% of the country is desert, so spill the main water source was indeed the long-awaited period. It is from this holy day the Egyptians counted the beginning of a new, better stage of my life. New Year celebration then took placeas follows: all the vessels of the house was filled with the sacred water of the Nile, greeted guests, read prayers and worshiped their ancestors, praising the gods. Most of all in this day honoring the almighty god Ra and his daughter - the love goddess Hathor. "Night of Ra" New Year's Eve is marked by a victory over the gods of evil and darkness. In ancient times, the Egyptians carried a festive procession that ended with setting up the statue of the goddess of love on the roof of the holy temple in the gazebo with twelve columns, each of which symbolizes one of the 12 months of the year. 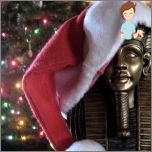 Times are changing, and along with them the customs andtraditions. Now in Egypt in the New Year December 31 covered tables and wait 12 hours from champagne. Yet the majority of Egyptians, especially the older generation, the Conservatives and the villagers celebrate the main New Year's Eve, as before, on 11 September. Honoring tradition only a matter of respect!

As the New Year in Egypt say Russian tourists?

Egypt - a terrific, warm country with theirtraditions, customs and historical attractions, is ready to accept a visit of foreigners from all over the world at any time of the year. The most impressive moment of the exciting travel to each New Year will be in Egypt, which you can meet three times. 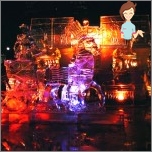 Although New Year's Day January 1, Egyptmany locals are not perceived as the most important holiday of the year, it still celebrate in a big way. New Year celebration here for someone - a tribute to Western fashion, but for someone - an excellent opportunity to attract tourists in a warm country. 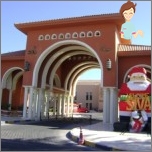 Our fellow citizens increasingly prefercelebrate the New Year unconventionally, lying under the sun! That is why the New Year in Egypt for Russian - a great idea to take your winter vacation. The more that are prepared exclusively for guests holiday decorations and exciting program. Egypt offers a unique opportunity to celebrate the New Year in a new way, which combines the tradition of the beloved winter holiday and exotic features warm East. Nothing can be tempting to the sun, instead of ice, sea, instead of snow, heat, instead of the cold, trees, firs and pines instead. 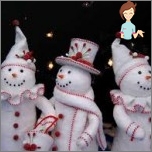 By the arrival of the guests, local residents are preparing verySeriously, everywhere an atmosphere of miracles, the windows of apartments and houses, boutiques, shop windows are decorated with all sorts of "winter" attributes. It would seem that the usual warm weekday transformed into a stunningly funny winter and summer holidays. In addition to the trees at this time, you will meet in Egypt Christmas tree and no one.

New Year's main symbol - Santa Claus It called "Dad Noel" in this country. That it gives local residents and numerous guests of the country souvenirs and gifts.