Pregnancy Calendar by Week - Pregnancy Week Twenty-three - the state, feeling symptoms in the mother. The development of the fetus in the 23th week of pregnancy, photo 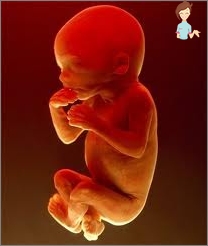 23 obstetric week - this 21 weeks from conception. If we assume the usual months, but now you are at the beginning of the sixth month of waiting baby.

By week 23, the uterus has raised by 3.75 cm above the navel, and its height at the pubic symphysis is 23 cm. At this point, the figure of the future mother has markedly rounded, weight gain should reach 5 to 6.7 kg.

Week 23 - is quite favorableperiod for almost all pregnant women. In most cases, women feel good. When is this week, almost all women feeling focus on the kid, because now she constantly feels it.

Most often in the 23 weeks in women appear the following feelings:

The development of the fetus in the 23rd week

By the twenty-third week child's weight is about 520 grams, height 28-30 centimeters. Further, the more time, the weight and heighta child will vary in a very large range, and the greater the babies will differ from each other. As a result, the fetus for birth weight in some women may be 2500 grams and 4500 grams of others. And all this is in the normal range.

On the twenty-third week, literally all women are already feeling perturbation. This is a very tangible tremors, sometimes hiccupping,which will be felt as the rhythmic jerks in the stomach. At week 23 the fetus can still quite free to move in the womb. However, his flip-flops can cause you significant discomfort. You feel quite clearly heels and elbows.

By week 23, your child will take place the following changes as:

Here is the fruit of a 23 week 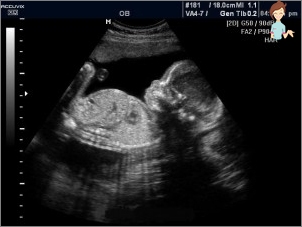 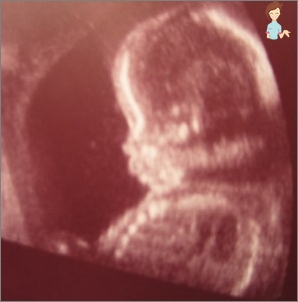 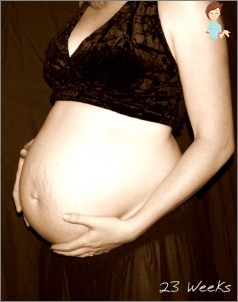 It looks like a pregnant belly in the 23th week

Video: What happens at the 23th week of pregnancy?

Recommendations and advice for the expectant mother

At week 23, it is necessary to make USIf it was not done by you for another two weeksago. Remember, if we do not pass this test, then it will be much more difficult to identify any fetal abnormality, if any. Naturally, you need to frequently visit the open air, eat right and balanced, follow all recommendations of your doctor.

Reviews on the forums

Judged by the reviews that future momsLeave at various forums, then you can notice a certain pattern. As a rule, women who are on this date, most of the rest in their situation, are concerned with wiggling, or "stirring", as they are affectionately called by many mothers. By the twenty-third week, every lucky woman already experiences this miraculous phenomenon several times a day, connecting to this joy and future popes.

Some by the 23rd week have already experienced contractions byBraxton-Hicks and consulted a doctor, what it is and what it eats. I would advise you to talk about this with your doctor if you have already had to test them. The fact is that many mothers, having read on the Internet and in various books, that this is quite normal, do not talk about this to the doctors and do not lead to any panic. But we still need to talk about this, because it's inadvertently possible to confuse these battles with generic ones.

Known problem is still the same Varicose disease. Again, everyone copes differently, but in principle, you just need to try to rest more and wear the most comfortable shoes.

After reading some of the reviews of expectant mothers at week 23, you can be sure that the thoughts of women are now only occupied by a toddler.

We have just started the 23rd week. My baby is still too quiet. I only sense subtle jerks in the mornings. It worries me a bit, although in general I feel fine. On ultrasound I will go only in a week.

We are 23 weeks old. I gained about 7 kg. It really pulls me to the sweet, it's just some kind of nightmare! I do not know how to control myself. Though all the sweets from the house are thrown out! Here before pregnancy such a love for sweets was not observed, but now ...

We also have 23 weeks. On ultrasound only after a few days, so far I do not know who we are waiting for. Kicking baby very much, especially when I go to bed. Has typed by this time of 6 kg. Toxicosis was very strong and at first I was 5 kg. Now I feel very good.

We have 23 weeks. Weight gained 8 kilograms, now it's even scary to go to the doctor. Ultrasound showed that there would be a boy, we were very happy about it. And about the weight by the way, my mother-in-law told me that she was restricted in everything with the first child and she gave birth to a baby with a small weight, and then she ate with the second that she did not want to limit herself, well, all the same, of course. She was born a butuzik. So I will not sit on any diets.

I have 23 weeks. Was on ultrasound, we wait for the sonny. The husband is incredibly happy! Now with the name of the problem, can not in any way come to an agreement. Has typed already 6 kg, the doctor speaks, what is it quite normally. The baby weighs 461 grams, kicks in and out, especially in the evenings and at night.

And what did you feel at the 23rd obstetric week? Share with us!