Pregnancy calendar week by week - twenty weeks of pregnancy - a condition feeling symptoms in the mother. The development of the fetus in the 20th week of pregnancy, photo 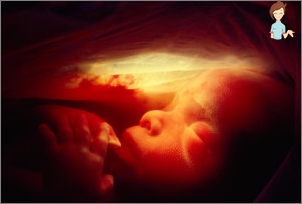 You have successfully passed the half. Congratulations! Although some new discomfort can cloud your condition, do not be discouraged. You have a heart of your baby grows, it is worth to endure all unpleasant moments.

This means that you are at 20 obstetric week, 18 week from conception to week 16 of delay. You are in the fifth month.

Feelings of women at the 20th week

It has been 18 weeks after conception, and your pregnancy is already noticeable. By this time it improves both the internal state and appearance.

The first time you feel like moving your baby! These feelings are very peculiar and difficult to describe exactly. Usually, they are compared with a weak shake, to flutter in the stomach, but also similar to the elbow, the movement of gas in the intestines, bubbling liquid.

What women say in the forums?

When I first felt the stirring of his child,I rode in the bus home from work. I was so scared, and glad at the same time, it grabbed the hand sitting beside a man. Fortunately it was the age of my father and supported my impulse, taking my hand. I was so happy that it was not put into words.

I just could not get enough of her reflection in themirror. I've always been skinny, but now I had the roundness, increased chest, rounded tummy. My husband and I started a second honeymoon, because my desire was unpredictable and frequent.

Nothing special, I do not remember at this time. It was like a few weeks before. This was my second pregnancy, so most happy is my daughter, she was 5 years old. He often listened to her brother lives in the stomach and read him bedtime stories.

20 week brought good mood and a feeling of a second wind. Somehow, strongly wanted to create, draw and sing. We are constantly listening to Mozart and Vivaldi, and the baby fell asleep under my lullabies.

I went on maternity leave and went to the sea mother. It was nice to have a variety of fruits and vegetables, drink fresh milk, a walk along the beach and breathe the sea air. I am for the time well to improve their health, and she recovered. The kid was born a hero, certainly affected my trip.

The development of the fetus in the 20th week

Some people believe that during this periodthe child appears soul. He already hears, and his favorite sound - it is the beating of your heart. This week its growth reaches half the growth that it will have at birth. Now his length from crown to rump - 14-16 cm, and weight - about 260 g

Kid for an ultrasound at 20 weeks -photo 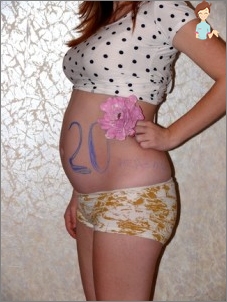 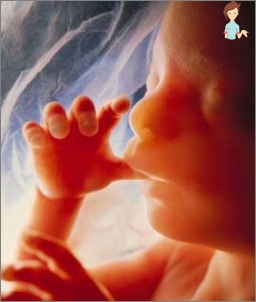 It looks like the fruit at the 20th week

Video: The development of the fetus on term of 20 weeks, obstetric

Video - ultrasound on term of 20 weeks

And what do you feel on term 20 obstetric nedelek? Share with us!