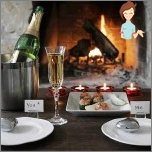 In the last decade, when the birth rate inRussia began to fall rapidly, and sank below the level of mortality, at the legislative level has been developed and put into practice a program of incentives for increasing the birth rate.

See also: What documents are required to obtain the parent capital, where you can use the money capital of the Parent? 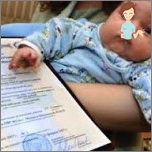 Now boldly parents hesitant start of the secondbaby or adopt a second baby in the family - the financial support for this step was the impressive, opening up new possibilities for the family, gives a chance for a normal life, the implementation of the residential program or other immediate family grandiose plans. When the program who will get started - and who does not have the right to Maternal capitalWhat amount it determines which documentsNeed to recipients on what goals legitimately spend money benefits - to these and other questions that are most often concerned with mothers and fathers, we will try to answer in a series of articles devoted to maternal capital.

From what has been operating the program assistance to families who have children?

Federal Law № 256-FZ, adopted on December 29, 2006, has the title name "On additional measures of state support for families with children" and designed to provide financial support for fertility, came into full force with 2007 (from January).

This law is in force in accordance with all the items, supporting families with children and the birth of the baby later designated a specific period: to 2007 (Jan.), up to the thirty-first of December 2016 (Article 13 of the Law).

Monitoring and action of the procedure under this Act is assigned to the agencies and departments of the Russian Federation Pension Fund. They do not have the right to make adjustments and amendments to the existing law, add to it, at its discretion, to make changes in the adopted regulations.

Persons who have a statutory right to receive funds, issued a document confirming the right of this single sample - Certificate for cash assistance "parent (family) capital". 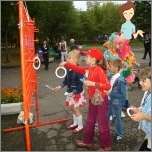 This cash lump sum, which determines the certificate, Not available on the individual child and to improve the welfare and improvement of family lifeFor all children in the family and parents as support.

To put the parent (family) capital? How many times have paid Maternity capital one family on having children?

"Mother's capital" is issued on the seconda child who was born (in other cases - adopted) in the period following the entry into full force of the Federal Law. But no matter how many children are there in the family, you must know that maternity capital is issued only once the familyAs it is one-time financial support.

So, who has the full right to receive this allowance:

The unconditional right to receive money "maternity capital" - parents are applying for this benefit, as well as the birth or adoption of children, should be definitely Russian citizenship.

Who would not be able to use the certificate and money the parent (family) capital?

When can I get the Certificate? When you can fully take advantage of the funds, which are defined parent (family) capital?

For obtaining the Certificate applicants canapply as soon as will receive a birth certificate baby, which was born at a certain time. If the family of the second child is adopted, then the receipt of this certificate must be treated well after the coming into full force of the court.

However, spending money that define this assistance, it is possible not earlier than the date when the second child (the child, who receives a certificate) It will complete three years. The current law in 2011 introduced some amendments, according to which the family can now use cash, certain "capital", and at the same time do not wait for the baby to achieve the age of threeIf these funds will be directed to acquisition of property, housing, repayment of housing loan, mortgage.

Term of circulation of this certificatetime frames is not limited. But to spend these funds, parents can only after the expiry of three years from the date of birth of the second child. If necessary, the planned repayment of the loan for the construction, purchase of housing from 2011 declaration parents can already submit, without waiting for the achievement of their second baby three years of age.

FROM 2007 year determines the amount of money in payment for the Certificate was originally 250 thousand rubles. But in subsequent years, this amount increased, taking into account the current inflation: